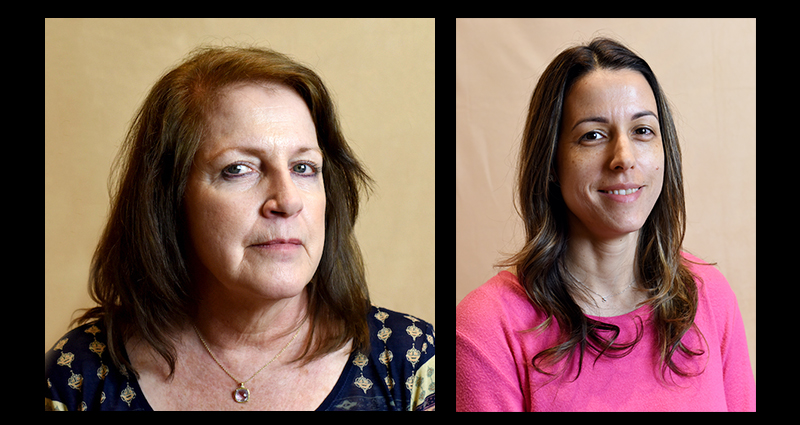 “AFTNJ President Donna M. Chiera recommended me for the task force, but I would have asked to be part of it had she not,” says Paradiso (above left), who is AFTNJ’s PreK-12 executive vice president. “It was definitely an easy decision to be part of the task force because my district has a difficult time retaining staff.”

Paradiso, who teaches seventh grade ELA at Perth Amboy’s Dual Language School, says there were times during the previous school year when her district’s middle schools had no teachers for certain grade levels and content area.

“Students were ‘taught’ by a series of substitute teachers with no credentials,” she explains. “Aside from the obvious lack of meaningful instruction, this practice led to serious behavior problems among students.”

Pereira (above right) was nominated for the task force by NTU President John M. Abeigon, and she says accepting the opportunity was a no-brainer.

“I am honored to be working with fellow educators to devise a plan to address the teacher/support staff shortage,” says Pereira, an ESL teacher at Newark’s South Street School and an AFTNJ PreK-12 vice president. “It is crucial that we restore respect for the work that educators do day in and day out.”

Aside from restoring respect for teachers, Pereira’s others goals for the task force include developing ways “to spark the joy in teaching, lessen paperwork and improve school climate.”