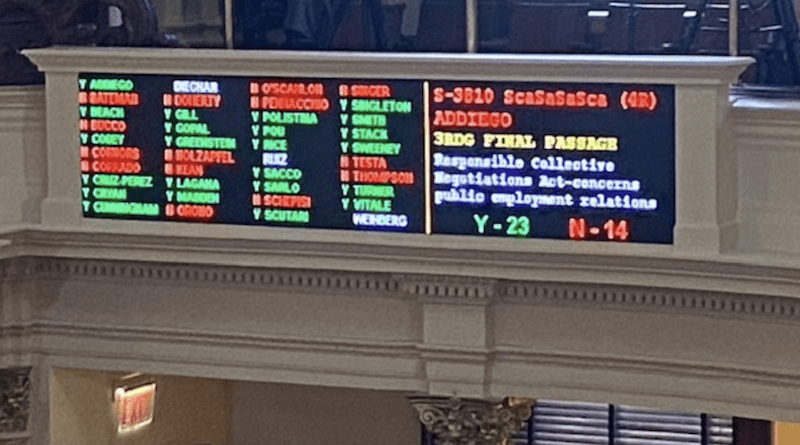 “This is a big win for our state public unions to develop a system of negotiations without the threat of imposition,” said AFTNJ President Donna M. Chiera. “However, we are disappointed that the rights afforded by the Responsible Collective Negotiations Act do not extend to the state employees who work in our higher education system. Rights should not be selective, and with that in mind, we’ll continue our work so that all state employees are treated the same.”