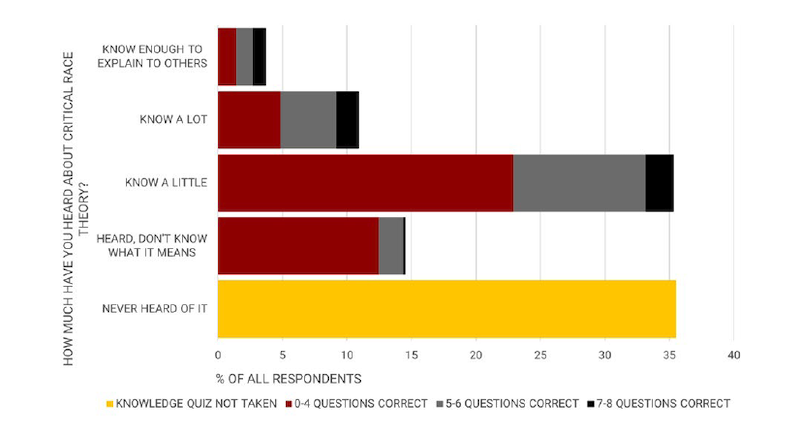 More than 35 percent of participants in a recent University of Southern California survey say they have never heard of critical race theory, and around the same amount say they only know a little about CRT.

“Consistent with our findings of low levels of CRT knowledge, most subgroups showed neither majority support nor majority opposition to teaching CRT in schools,” write the five authors in the accompanying report. “Contrary to the headlines characterizing parents as up in arms about the teaching of CRT, in reality, most people don’t know what CRT is and are willing to admit it when given the opportunity.”