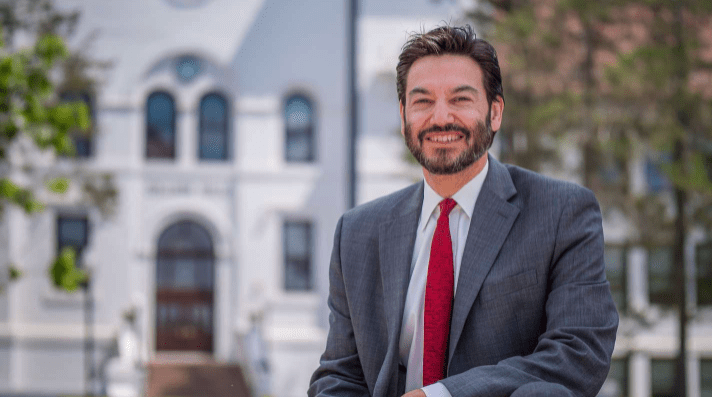 Dr. Jonathan Koppell has been chosen as the next president of Montclair State University, its board of trustees said June 8.

“Jonathan Koppell was the clear choice for all the trustees, who were impressed with his energy, his passion and his dedication to the ideals of public higher education,” said Dr. Francis M. Cuss, the board of trustees’ chair.

Since 2011, Dr. Koppell has been the dean of Arizona State University’s Watts College of Public Service and Community Solutions. From 2010-13, he served as the director of Arizona State’s School of Public Affairs. His career also includes various professor and director positions at Yale University.

“Despite Local 1904’s concerns with the process, we believe that the choice of Jonathan Koppell will be a good one to move Montclair State University forward in its effort to be a world-class research institution,” said Local 1904 President and MSU professor Dr. Richard Wolfson. “We look forward to working with him on outstanding contractual issues as appropriate.”

Mary Wallace, president of the Montclair State University Federation of Adjunct Faculty (Local 6025), described the arrival of Dr. Koppell as “new beginnings with a clean slate.”

“I look forward to working with him collegially, with an open dialogue and a true spirit of unity as we focus on what is best for our students and adjuncts,” added Wallace.

Dr. Koppell, who will start at Montclair State on Aug. 2, succeeds the retiring Dr. Susan A. Cole, who has served as MSU’s president since September 1998 and is the only woman to hold that post.