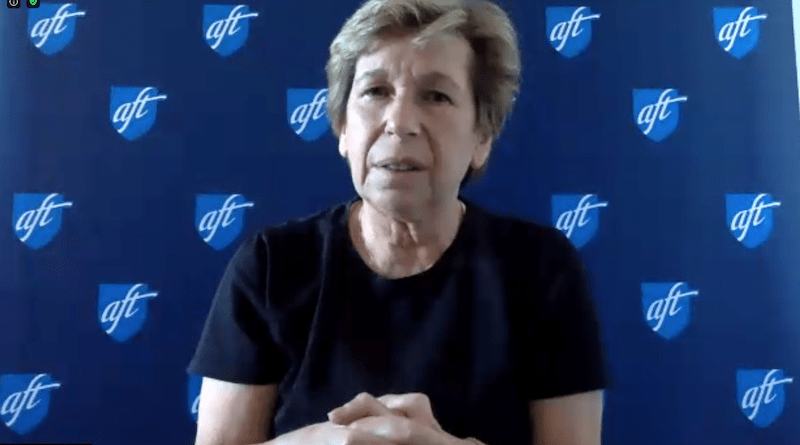 “People who are … college presidents or governors, you know, when you support them, they’re not our friends — you’re not supporting a friend for office,” Weingarten said in the Zoom meeting. “You’re supporting someone who you think is going to be honest, is going to be fair, is going to give you voice, is going to actually make sure that before they make a decision, your side of the story is going to be heard.”

During the hourlong Zoom meeting, which had about 100 participants, she stressed the importance of “those we can work with, we need to.”

“Even if it’s not perfect, we need to create some waves of showing that unity, working together, problem-solving, is virtuous,” Weingarten said. “It’s the way that America will repair, and Dr. Repollet wants to do that, and I think we should test him, but take him at his word. I think he has the potential of helping to reimagine Kean to be the place you all came to teach at and work at because of its promise.”