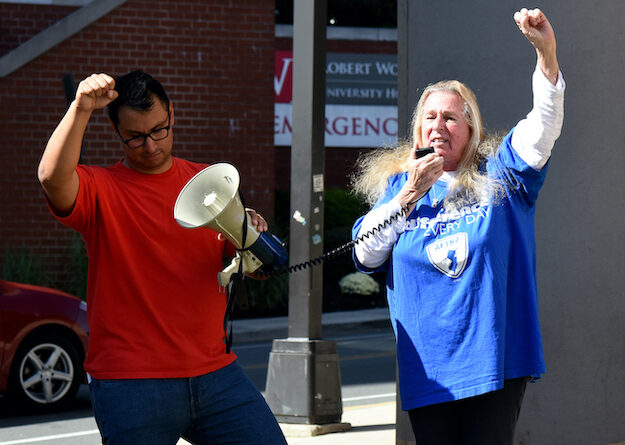 “We’re not going to give up; we’ve been on this for two years,” Wowkanech said, pointing out the need for everyone to stick together.

Chiera noted that during the heart of the pandemic, health care professionals in America were hailed as heroes.

“The medical profession spent millions of dollars on commercials saying, ‘My god, what would we do without these heroes?’” she added. “And they make the public believe they’re standing behind you 100 percent. At the same time they’re doing that, when you go to the [bargaining] table, they’re offering you little or no money. … In our medical facilities, patients should be our first concern, and the people who work with them should be their second concern.”

To view a photo gallery from the Oct. 11 rally in New Brunswick, click here.