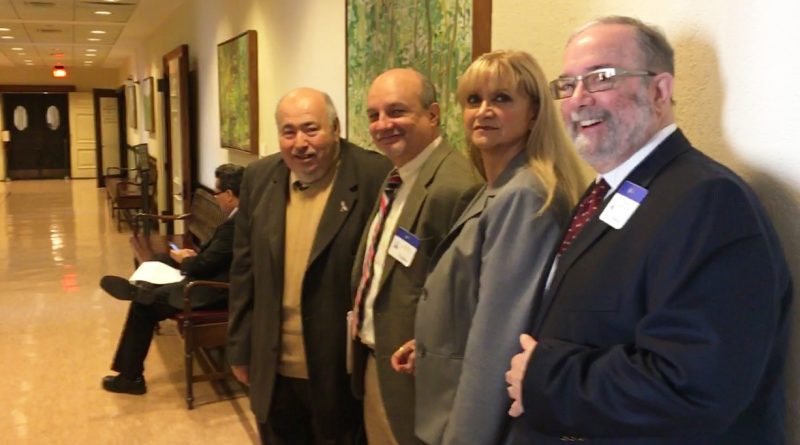 A program keeping students in community colleges for a third year before matriculating to Rowan University should be studied and analyzed before being replicated at other schools, experienced professors told legislators at the Senate Higher Education Committee, Monday, Oct. 18 in Trenton. The faculty members supported many measures recommended by the College Affordability Study Commission, but objected to extending the “3-Plus-1 Degree Programs” bill (S2623) before the model has proven itself at Rowan University and community colleges in Gloucester and Burlington Counties.

Community colleges may not be equipped to maintain the continuity of student support needed for the third year, according to Tardi. “Four-year colleges develop an integrated curriculum that is based on learning new knowledge, but also building on knowledge previously learned,” she said. “The third year builds on that knowledge and focuses on discipline and high impact activities such as working with faculty on research, internships and service learning that maximize student preparation and career success.”

Tardi, the Executive Vice President for AFT New Jersey Higher Education, said, “At this point in time there is insufficient information to determine the viability of this ‘three plus one’ model and to proceed with wider implementation.”

It is great to be innovative and focused on improving New Jersey’s higher education system, said Joe Doria, Education Professor at St. Peter’s and former State Assembly Speaker. “But this proposal at this time seems to need further study before we can determine whether it will be effective for students.”

It is important to get it right, according to Doria, because the program will also have a financial impact on the county colleges that will have to provide more services and accommodate more students for a longer term of study.”Ultimately this could cause an increase in property taxes,” he said.

Doria and Dan O’Connor are statewide leaders of the American Association of University Professors (AAUP).

O’Connor said he is concerned that students who could otherwise go on to medical, pharmacy, engineering or other graduate programs would miss necessary chemistry, biology and mathematics classes if they were not available at a community college. “I wonder what will happen to these students’ aspirations,” he said.

A poorly executed program could severely disadvantage students, according to Haresign, who pointed out that faculty help facilitate internships and write recommendation letters for students. “I wrote three recommendations letters this past weekend,” said Haresign. “If these students have come from three years in a community college I would have known them for six weeks at this point in their senior year and not have the personal interactions with them I have had with students who are in the department for four or even two years.”

Haresign, who is also the President of the Council of New Jersey State College Locals representing faculty and staff at nine four-year colleges and universities, wrote a minority dissent included in the College Affordability Report in part because of his concern about expanding this program. “This program just started at Rowan, so we should see what happens there when the first group of students gets to their fourth year and see how well it is working,” he said.

Based on the panel’s testimony, the Senate Higher Education Committee members expressed concerns and made lengthy statements about changing the legislation despite voting in favor of the bill. It will now go to the Senate Budget and Appropriations Committee to be considered. It would need to pass there and the full Senate and the Assembly before the Governor could sign it into law.

A companion bill has not been introduced in the Assembly and the HELC group remains opposed to its passage in its current form.

The Higher Education Leadership Council is an alliance of students, faculty and staff working to advance opportunities for affordable, high-quality higher education at institutions committed to academic integrity and respect for workers. The unions in HELC represent approximately 31,000 faculty and staff.