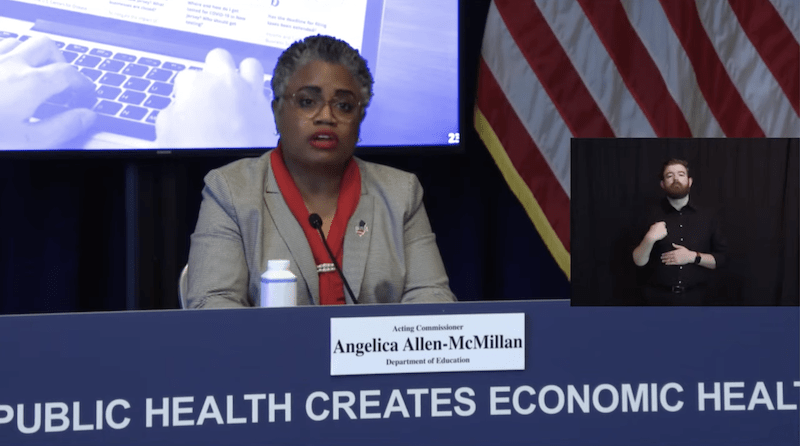 She pointed out that the NJDOE on May 24 published each district’s allocation of this third installment of ESSER funds. “Under ARP, as was the case under the CARES Act and the [CRRSA] Act, at least 90 percent of the state’s total ARP ESSER allocation must be subgranted directly to school districts in this manner,” Dr. Allen-McMillan explained. “In New Jersey, this amounts to approximately $2.49 billion dollars in funds to school districts.”

On May 24, the NJDOE also released the ARP ESSER Fund application for districts.

A draft of the NJDOE’s ARP ESSER state plan is available for public view, and comments will be accepted through June 3, she said. The NJDOE must submit its plan to the U.S. DOE by June 7.

“I am thrilled to share these updates with my fellow educators,” Dr. Allen-McMillan said. “ARP ESSER funds will be available to school districts through Sept. 30, 2024.”